Calcium & Minerals for your soil

Calcium is the fuel that feeds the microbes in our soils allowing their numbers to increase by the billions, so long as soil conditions are congenial – Moisture, temperature, decaying matter, etc. Calcium keeps the soil alkaline, the most common state for all plant life except for the species which have adapted to acidic conditions. (See the article ‘Acid or Alkaline’ for more info) 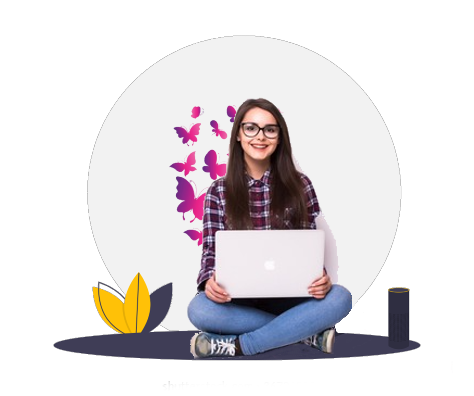 On a technical level, calcium is the element with the symbol Ca and atomic number 20 with an atomic mass of 40.078 amu. Calcium is a soft gray alkaline earth metal and is the fifth most abundant element by mass in the Earth’s crust. It is also the fifth most abundant dissolved ion in seawater by both molarity and mass, after sodium, chloride, magnesium, and sulfate.

Calcium is essential for living organisms, particularly in cell physiology, where movement of the calcium ion Ca2+ into and out of the cytoplasm functions as a signal for many cellular processes. As a major material used in mineralization of bones and shells, calcium is the most abundant metal by mass in many animals.

Calcium is available to the home gardener in a number of forms such as garden lime, hydrated lime, dolomite, gypsum, crushed egg or sea shells and bone flour. The importance of calcium and its influence in the gardens cannot be under estimated as I have learnt over years of gardening.
Every now and then a gardener will approach me with a problem; the garden shows little vigour, plants don’t grow well as they used to, even though I feed them and tend them well.

I ask a simple question when did you last lime the garden? The answer is invariably, ‘not for years’.
I advise them to lime the soil with a quick acting soft lime and a few months later they contact me to say it worked.
The garden limes you buy come in two forms. Firstly there is the powdered lime from limestone which is a hard, gritty lime that can take up to 10 years to break down and become available to the soil life and plants. Then there is soft lime that comes from either sea shell deposits found in the hills or chalk which is a type of limestone in a powdered form; these limes when placed between moist fingers and rubbed have a soft, smooth texture and become slurry quickly. This makes it quickly available to plants and soil life soon after it has been broadcast.

Garden lime increases the alkalinity of the soil and should not be used near acid loving plants.
It is vital to spread it over decomposing organic matter such as mulches of cut green crops and into compost bins. A sprinkling now and then into your worm farm is a great advantage especially if you place citrus peelings into the bin.

Calcium hydroxide, traditionally called slaked lime, hydrated lime, slack lime, or pickling lime, is a chemical compound with the chemical formula Ca(OH)2. It is a colourless crystal or white powder, and is obtained when calcium oxide (called lime or quicklime) is mixed, or “slaked” with water. It can also be precipitated by mixing an aqueous solution of calcium chloride and an aqueous solution of sodium hydroxide. If used on the garden there should be a reasonable rest period before seeds or seedlings are planted out.

Dolomite is a naturally occurring material containing 39% magnesium carbonate (of which 11% is elemental magnesium) and 57% calcium carbonate (of which 24% is elemental calcium). It is sourced from Golden Bay in the Nelson region and is ground to a yellow-brown powder.
The primary use is for dairy farming as both a magnesium source and liming source. It is also used in some horticultural situations where magnesium and calcium inputs are required. Dolomite is often used as a source of magnesium, as the availability of the magnesium is increased, relative to Magnesium Oxide, by its finely ground nature. It is also pH neutral so can be used anywhere.

Gypsum (calcium sulphate di-hydrate) is an abundant natural mineral. It originates from the drying out of ancient seas and is quarried (or mined if deep underground) in many parts of the world. Gypsum does not occur in New Zealand and is imported from Australia. Gypsum enjoys a growing application in agriculture and horticulture. It is used as a ‘clean green’ soil conditioner and also as a fertiliser. Gypsum has an advantage over certain other minerals, being pH neutral.

Gypsum is particularly useful for treating heavy (clay) soils where it is used to improve the soil’s texture, drainage and aeration. Gypsum also has applications in the remediation of soil that has been damaged through compaction (heavy stock, machinery), in the recovery of sub-soils exposed by earth movement (contouring, slippage) and in soils affected by salinity (estuarial berms, dairy effluent).

Gypsum is an important natural source of calcium and a number of other elements all of which are of great benefit to our soils and plants. Below is an analysis of the minerals in gypsum:

I favour the mixing of the three products together: soft garden lime, gypsum and dolomite in equal amounts and sprinkling over empty garden beds prior to planting out, then lightly raking to work it into the soil. Light side dressings can be applied over existing planted beds and lawns and then watered in which can be done as often as every 3 months.

In areas where you have acid loving plants (such as potatoes and tomatoes), just use the gypsum.

As always, you should avoid chemical fertilisers and chlorinated tap water. Do this and you will be amazed how great your gardens will become with really healthy plants and lot of your garden problems will be reduced or disappear.